If you want to go to Myanmar and you’re an avid Lonely Planet reader, you’ll be browsing the guide for recommended places to go, enchanted in anticipation with the poetic paragraphs about every town and its attractions. And every text is so filled with magic, mystery and exoticism, that you’ll fear you’ll be missing out if you skip any of them, including places such as Mount Popa.

It’s understandable. After all, this is the official description:

“You will be climbing an impressive volcano, through a solid lava trail covered by 700 steps laden with monkeys, into a temple in the summit, with gorgeous views of the whole area, including Bagan. The temple is the main pilgrimage spot for the last Nat, a forgotten ethnic minority”.

And this, my friends, is the reality:

At no point did it look or feel like that trash-covered hill had ever been a volcano. 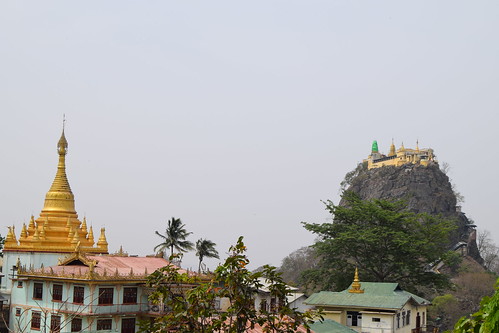 Combined with the surroundings, it felt more like a construction on a typical Brazilian morro, like a favela. Absolutely nothing special about the place.
From the beginning, you pass through innumerous galleries selling random souvenirs, from Mount Popa branded t-shirts (one of them, female model, read “❤️. I’m Mr. Right. Mount Popa”) to $2 toy ukeleles, women selling soup, refreshments and medicinal plants / tanaka. 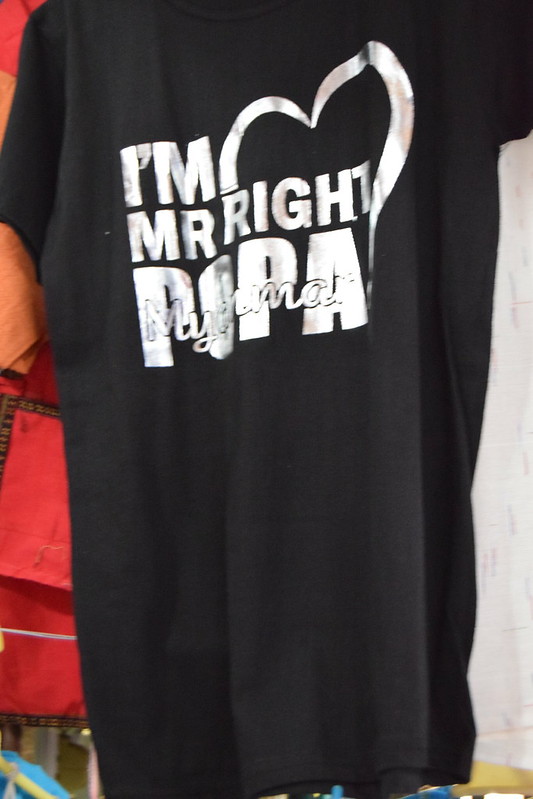 The French guide book Le Guide du Routard describes the steps (that of course for being in a temple, you need to walk barefoot) as being dirty, which is true on occasions (you can spot some monkey pee puddles), and in other parts of the stairs you’ll find someone mopping the steps, and of course, asking for money for this “service”.

At some point I just heard “tsh! Tsh!”, and looked at a local’s face just pointing at the donation box. At no time does it feel like you’re in a spiritual place either. 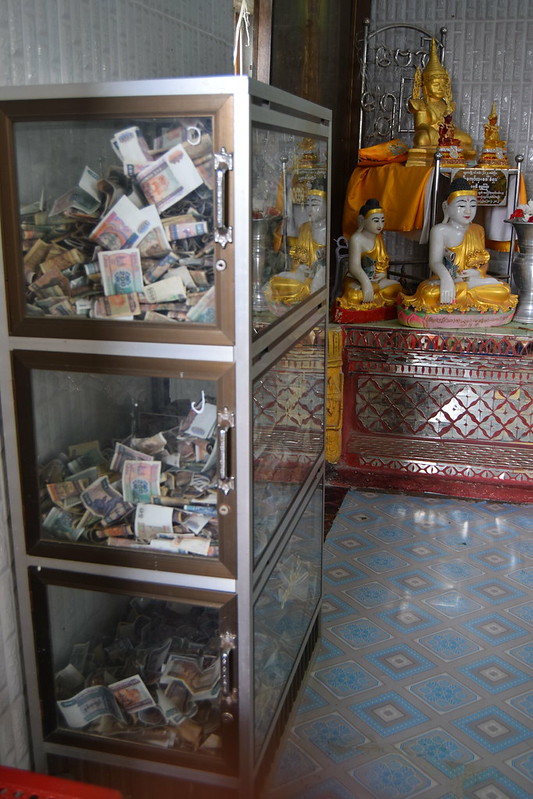 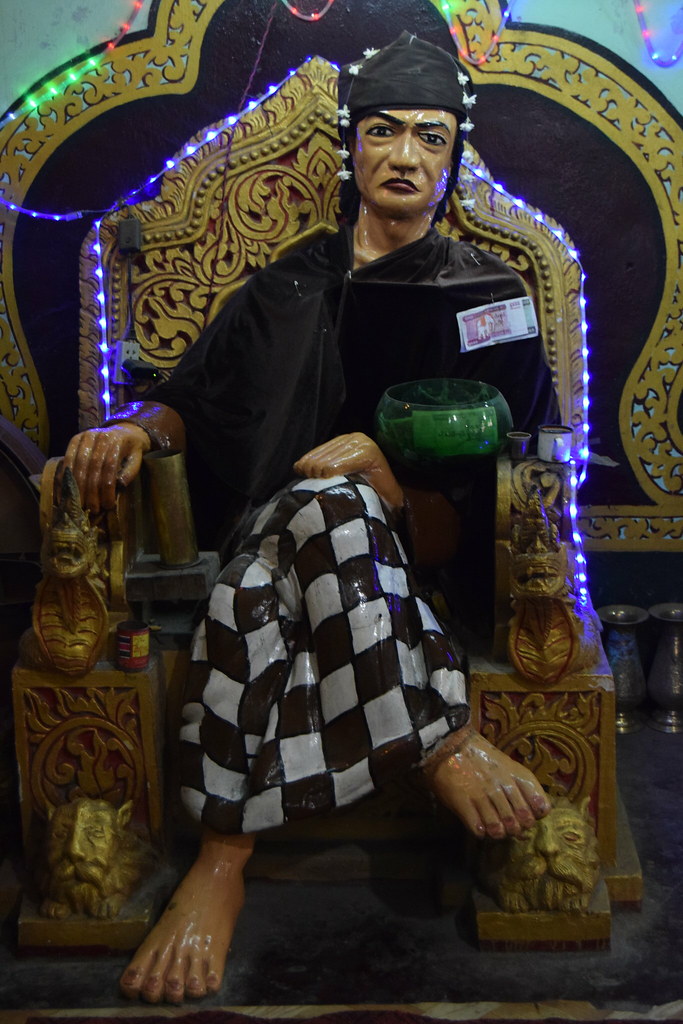 Is it just me, or this guy looks like he’s scaring you into leaving money?

Speaking of monkeys, you only see a handful of them at the bottom, looking dirty and ill, which is not a surprise, given the depressing view of locals feeding them bananas, lentils, industrialized candy, soft drink cans, and NEWSPAPERS. 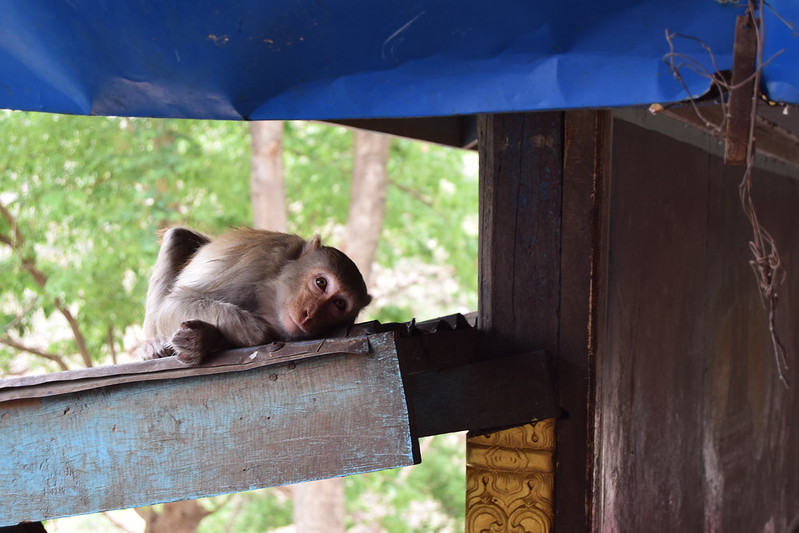 Just as depressing – as previously mentioned – as the amount of trash that surrounds the place. “Inactive volcano” could perfectly be more accurately described as “landfill”. 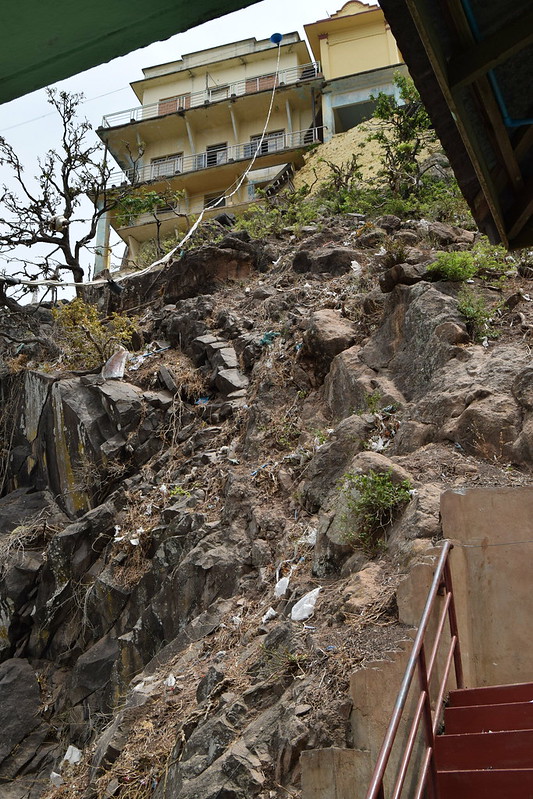 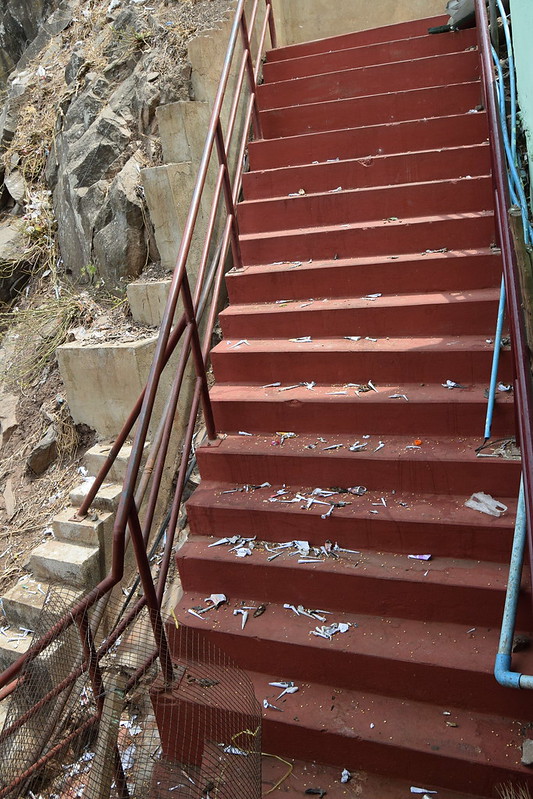 As for the views, maybe it was a bad day, but there was a curtain of mist some 5km away, making it impossible to see anything beyond. 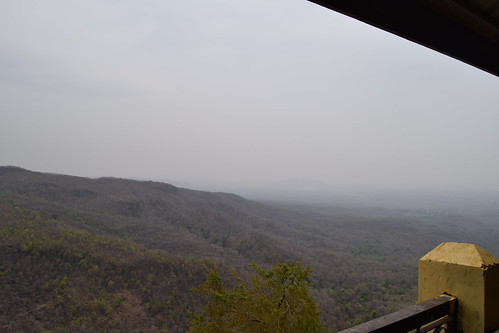 Here you can see all the “spirituality” of people who donated money in exchange of a sign with their name, their country, and the amount in dollars they gave: 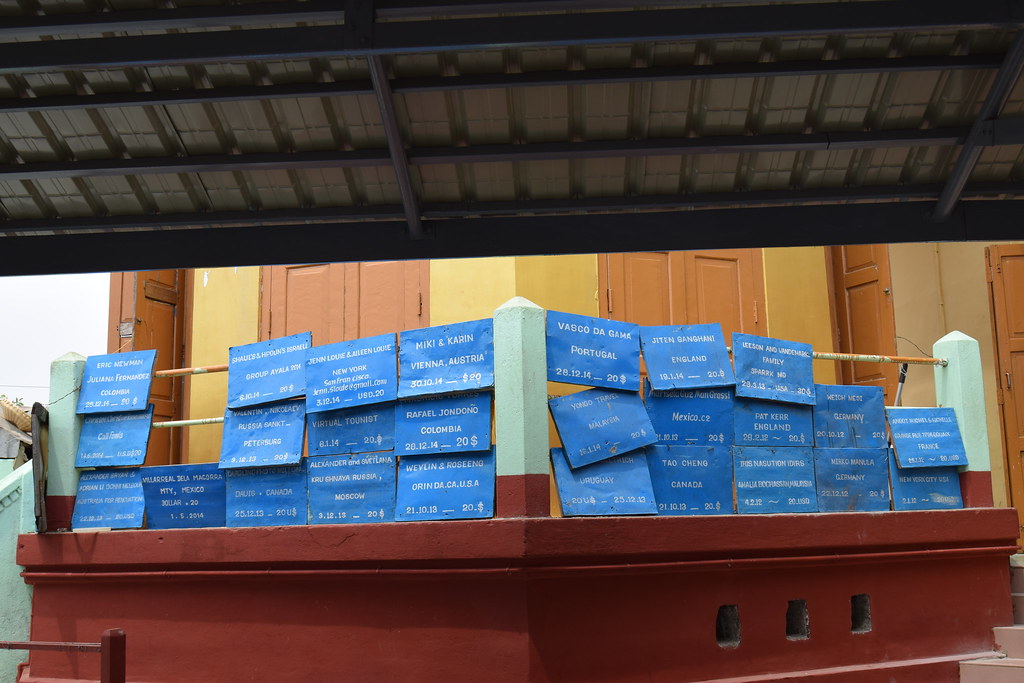 As if it wasn’t enough, the cost from any hotel in Bagan is 10,000 kyat, return, and there’s no other way unless you’re renting a car. Local buses are just as expensive for foreigners, so you’d be paying 3,000 kyat from Nyaung-U to Kyapadaung + 3,000 from there to Popa, making it a 12,000 return journey which doesn’t even pick you up / drop you at the hotel.

The driver strategically stops on the way at a shack on the road where you “can” buy palm sugar candy and palm alcohol (the insistence makes it awkward), and carries on by a dust road filled with locals on both sides shouting at the bus, whom we were told by the van driver were just there expecting to be given money just because (and by the looks of it, as some tourists like this “charity”, more and more locals will veer towards beggary and become more and more aggressive to get money from foreigners).

This was day 42 of my 10-month backpacking trip.

** To share your travel stories, or to know how I quit my 9-6 job and sold all my stuff to travel the world, join my Facebook Group**

What Facebook Group Owners and Crazy Jealous Exes have in common - 30 Aug , 2017

Why being an entrepreneur is harder to Gen Y than to millennials - 05 Jul , 2017